Dreams do come true...even in "failure" 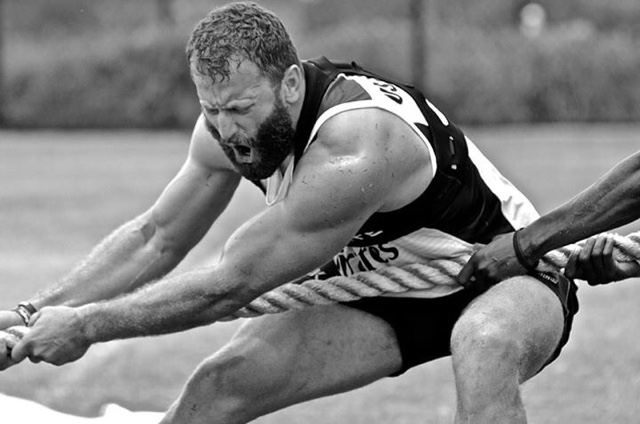 (Second week of camp...#yakayard photo cred: Sarah Sall)
Whether in success or failure, I hope to be the same man. I set a goal and it had an end point, an outcome - make the Olympic team and represent your country in the sport you love. It was not achieved.
Did I fail? I didn't achieve a goal, so yes, unfortunately I did "fail," in the simple sense of the question. But it's not that simple...life is not simple.
There's no way I will walk away from this experience thinking "what if." Based on the things I could control, I left it all out there. "What if I didn't get injured?" Well, that's a hypothetical that could not be a reality, so there's no reason in asking the question. The fact of the matter is I did get injured, I pushed my rehab as hard as possible to be ready for camp, I did that. And then camp was the hardest training of our respective lives and I completed more than 80% of it, between months 4 and 5 after surgery.
What I'll remember most are the two or three times I nearly quit, but didn't. Every single day since the surgery my knee has caused some amount of pain. In the beginning it just seemed natural. Five months later it became one of the hardest mental challenges of my life. I live in a second floor apartment so every morning I'd struggle in pain to walk down the stairs at 6:30am, wondering if I'll be able to make it through the day. It takes a toll, and I absolutely started to question what I was doing. I knew I had to be positive, I worked really hard at it; for my friend, teammate Brett Thompson, who was going through the same issues as me, as well as for the rest of my teammates at the training center. I had it in my mind that the positivity I could reflect on to them would help in some small way, thus helping me too (ideally). They had to know I was enjoying what I was doing all the time, even if I actually wasn't. I was enjoying the challenges, and wasn't even competing, so why shouldn't they be enjoying it even more?? That was what I wanted to be perceived, but inside I was getting beaten up badly.
The warm-up in the morning, the stretching and the extra work in between trainings, on top of an already exhausting schedule, continued to keep me wondering, "is it worth it?" Fortunately, I can easily say that it was. The goal was to make the Olympics, but in the end, the goal was more about not giving up. I was given an opportunity to come back to the US 7s team after last summer's national championship and I obviously took it.
Why though? I left my international career battered, and that was a pretty good excuse to quit playing, which I did. But I was actually playing some really good rugby at the time and was only 27, so I'd tend to ask the question, "did I have more to give?" I learned the answer to that question through this journey and am so thankful for that. Thankful to learn about myself as a man. Thankful to have so many people far and wide supporting me through the process. Thankful that I can walk away forever knowing that I didn't quit, I didn't give in to the naysayers, I represented my family, friends and teammates as best as possible. I'm thankful the coaches gave me this opportunity. I'm most thankful my work and colleagues supported me and allowed me to come down to San Diego for 9 months. This journey has changed my life as a man, and for that the pursuit of the goal, becomes the goal, and was most definitely achieved. 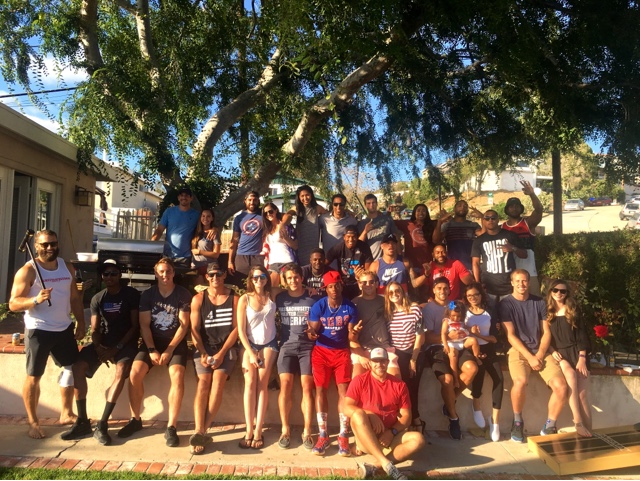 (These relationships will last a lifetime)
Failure, what failure?? Failure to do nothing is the only failure. Can't wait to watch my brothers go for a medal in Rio! And as for me, I look forward to the next adventure, back in the office and otherwise.
Posted by Kevin at 4:55 PM 6 comments:

It's kind of crazy if you think about it. For four weeks we've been grinding, through grueling mental and physical exhaustion. A lot of technical contact associated drills, fitness, but in all actuality, not much rugby. Tomorrow will be the first and only scrimmages we play during this 5 week camp.
Will it all come down to this one day...these 4 matches? Probably not. The reality is the team is likely already selected, or very nearly. They know who their horses are they want in the race. But that doesn't change the mental preparation one bit for myself and others thinking there's still an opportunity.
Tomorrow has been on the radar ever since I injured myself and started planning the rehab. If I could be ready to play 5 months post-op, then I could at least have an opportunity. That as a goal was a massive long shot in and of itself, let alone making the team. But here we are. And I'm ready. I feel strong, I feel fit enough, and no matter what, I know I'm going to push some guys to their limits and test them.
I'm exhausted, my knee still hurts every day, but I'm so very thankful for having gone through this journey. Tomorrow marks a special day in this process and I couldn't be more appreciative to partake in this entire build-up towards the Olympics. The team will be named on Friday night, but tomorrow is the real day of victory or defeat. I love my team, I love my country, I love this game!
Posted by Kevin at 9:53 PM 1 comment: